What separates the data-driven approach for TV ad campaigns?

Posted by Shelley Stansfield on October 1, 2019 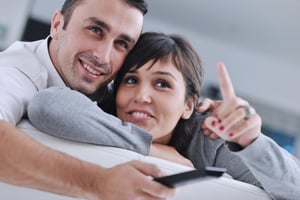 Featured contributor to MediaInsider, Dave Morgan, CEO Simulmedia, recently wrote "I was asked if there was a characteristic that set any of them [flavors of advanced TV] apart from the others.

I said that when it comes to scale, data-driven linear is significantly separated from the rest."

When he was speaking to the Media Association of Pittsburgh last week, Dave made some a great observations.

After a warm-up session deciphering the alphabet soup of acronyms in the category, terms like AVOD, ATV, PTV, DDL and CTV (a good subject for a future column), he talked about the various flavors of advanced TV advertising today:

He was asked if there was a characteristic that set any of them apart from the others.

He said that when it comes to scale, data-driven linear is significantly separated from the rest. A data-driven linear ad campaign can theoretically reach any and all audiences watching linear TV at any point in time -- hundreds of millions a day.

Meanwhile, all of the other techniques are limited to much smaller subsets of the total U.S. population.

Only tens of millions of households in the U.S. have set-top boxes that can be targeted within, the same for the number of TVs that are connected or the number of people that regularly consume ad-supported video streaming services.

Clearly, usage of each of those techniques is growing. Each also differentiates themselves in being able to deliver more precision with their ad deliveries.

But when it comes to reaching lots of folks quickly -- or ever -- with something more akin to digital-like precision, nothing compares to data-driven linear TV advertising.

As you can imagine, a potential reach of 10 or 20 million homes over a month might sound like a lot, but once you start adding targeting filters that narrow the target down to 15% or 20% of those, you’re now talking a campaign reach in the single digital millions. That’s quite different than data-optimizing your linear TV ad campaign that might optimally reach 35 million homes in a week, out of a potential reach of 110 million.

Does scale really matter when it comes to advanced TV advertising? Isn’t it still in the “proving itself” stage?

For sure, many brands and advertisers are still new to advanced TV and use it for testing. And many smaller, emerging brands have no issues with the sub-scale limits of the addressable forms of TV advertising since they value the precision more than scale. However, data-driven linear advertising stands out for large advertisers who need both more precision in their targeting but must have massive scale.

What do you think? Does scale matter in advanced TV advertising today?

Thanks Dave we couldn't agree more!