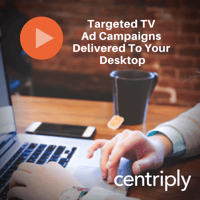 Centriply is pleased to announce that we have been accepted into SPROCKIT Sync. It's an exclusive, invitation-only community built to extend opportunities from the NAB Show experience, and extends into a trusted year-round, private network composed of today’s entrepreneurial pioneers and the industry’s icons.

SPROCKIT® www.sprockitglory.com showcases today’s media and entertainment entrepreneurs to the industry’s iconic companies. Together, they form the industry’s exclusive platform, bringing the most innovative products, services, and revenue models to market.  In partnership with the National Association of Broadcasters (NAB) and the World Series of Startups, SPROCKIT® is a year-round program that shines the spotlight on industry game-changers through two channels: the

NAB Show®, the world’s largest and most important media and entertainment event held in Las Vegas each April. Check out this highlight reel of https://sprockitglory.com/highlights-sprockit-hub-at-nab-show-2019/


You may have also seen one of our companies or partners at the Innovation Pipeline Theatre talking about topics ranging from OTT, AI, 5G, effective workflow and everything in between. The stage was PACKED all four days of the show floor. If you missed one of the presentations or want to watch one again, you can! We have recorded all of our discussions for consumption on SPROCKIT.TV powered by SPROCKIT alum Tradecast.TV.

The community honored five SPROCKIT companies with our annual SPROCKIT Innovation Awards, powered by  Megaphone TV and voted on by the public. .

Finally, we took a moment to celebrate our $1 Billion Raised Milestone. SPROCKIT companies have collectively raised more than $1 billion, including $500 million after joining SPROCKIT. To the alumni who paved the way and to the current class of startups that took us across the finish line, congratulations on this amazing achievement. Thank you to our corporate partners, who met with, mentored, did deals with, invested in and acquired SPROCKIT startups.

The success is not limited to NAB Show. Our companies rock it all year round. Get a taste of the SPROCKIT Highlights here and stay tuned for more SPROCKIT news.

SPROCKIT Sync meets three times a year for day-long meetings in the technology (Silicon Valley), media (New York City) and Entertainment (Los Angeles) hubs.  SPROCKIT Sync showcases the most innovative companies and facilitates discussions with a unique mix of leading executives from different industries to address pain points in the market and how to best capitalize on those opportunities.  SPROCKIT companies and industry leaders collaborate to bring the most innovative products, services, and revenue models to market.https://sprockitglory.com/quotes/

Each year, this community of leading innovators will grow more robust, adding the next generation of SPROCKIT entrepreneurs to the mix. 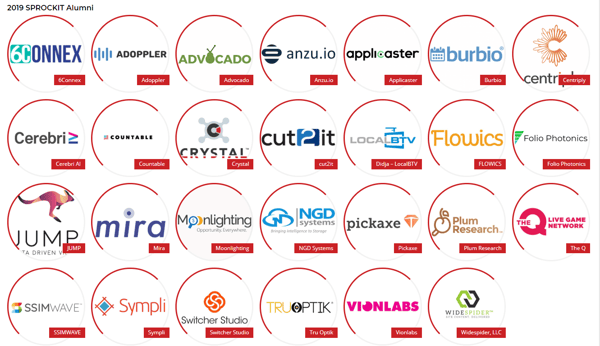