In today’s advertising landscape the question is how do you truly connect? Is using automation cold and impersonal, or the best way to manage your markets to find the right audience segment you want to connect with?

Reliable and successful endorsements that connect to audiences are one of the best ways to build a bridge between athletes and their fans. Presenting these stars in TV’s long form (yes, 30 seconds is considered long form these days), with sight, sound, and motion can create critical audience engagement and brand lift well after the game is over. For example, Roger Federer has had a number of successful and lucrative endorsements throughout his career, the tennis superstar has worked with brands such as Rolex, Wilson, and Mercedes-Benz.

Reinforcing this connection are sponsorships at different tournaments around the world to connect crowds that gather at the stadiums with endorsed brands such as Nike and Gillette, which have a variety of audience groups that make up their consumer population. 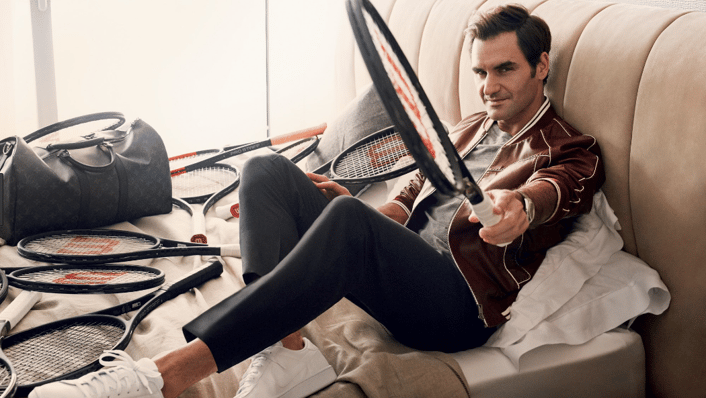 If you’ve been otherwise occupied – click this link (see Roger) to check some of his most popular commercials. Tongue in cheek situations, mixed with the right amount of relatability all serve to broaden his appeal.

Federer’s ability to dominate the tennis courts, while also relating to his fans by endorsing brands that attract users from a number of socio-economic backgrounds, increases his relatability. For Gillette the situations are fun, classy and with a touch of testosterone that strikes the right balance and set him as an example and role model for those who wish to become successful in their own lives.

Is there a catch? A Rolex ad featuring Roger Federer during the Wimbledon final has high relevancy to current viewers interested in world class performance, but what about other audiences?  A more lighthearted Gillette commercial featuring several athletes and sports figures from around the world broadens that appeal. Gillette’s sexy, curvy design and promise of extreme functionality brings out the aspirations of all who stand in front of the mirror. Hence, the right audience is men who shave AND care about looking sharp AND care about competing AND are sports fans. Not only does relevance of a product matter but the positioning to yet another audience segment can as well. Using household names like Federer, creates a likening in consumers’ minds between the product being sold and the successful men that are being linked to it. This tactic increase fans’ engagement and levels of excitement by giving them an opportunity to feel like the athletes feel, ready to show their game face.

By diving deeper into how relationships like this can be made stronger—there’s a number of possibilities. Combining the right environment, audience purchase information (girlfriend perhaps?)  And location is where Targeted TV adds value. With control of frequency of exposure, brands can create additional reach to provide impressions to other customers with scale, reliability and the desired safety of a TV platform. Location and ability to segment audiences within television programming is imperative—the more customer segments you can compel to action through televised ads that are in cherry-picked programming, directed by data, the more success a brand will have.

Going beyond the individual.

As a sports marketer, it’s important to relate to your audience at the appropriate moment in time. To empathize and channel the emotions your audience might be feeling all during a season. When the Cleveland Cavaliers beat the Oakland Warriors, a team that had a 52-year old championship drought, it was important to act quickly to relate to the celebratory mood of the team’s fans. For example, Nike took the aforementioned event and, without attempting to sell anything, put out an ad and connected with the Cavaliers’ fans to help them cherish the victory. You can see it here. 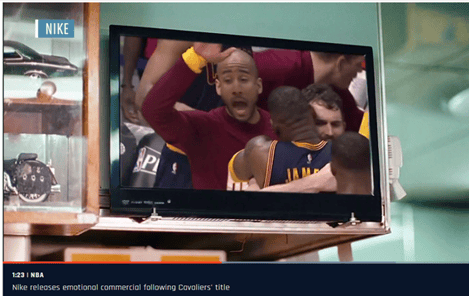 By connecting with specific audiences on TV, you can further strengthen the bond between the brand and the people who support it. Modifying your message to support a single athlete, team effort or regional group of supporters, can appeal to different types of fans at different times, celebrating the good and recovering from the disappointments, can all be supported by using Targeted TV and the data behind it. 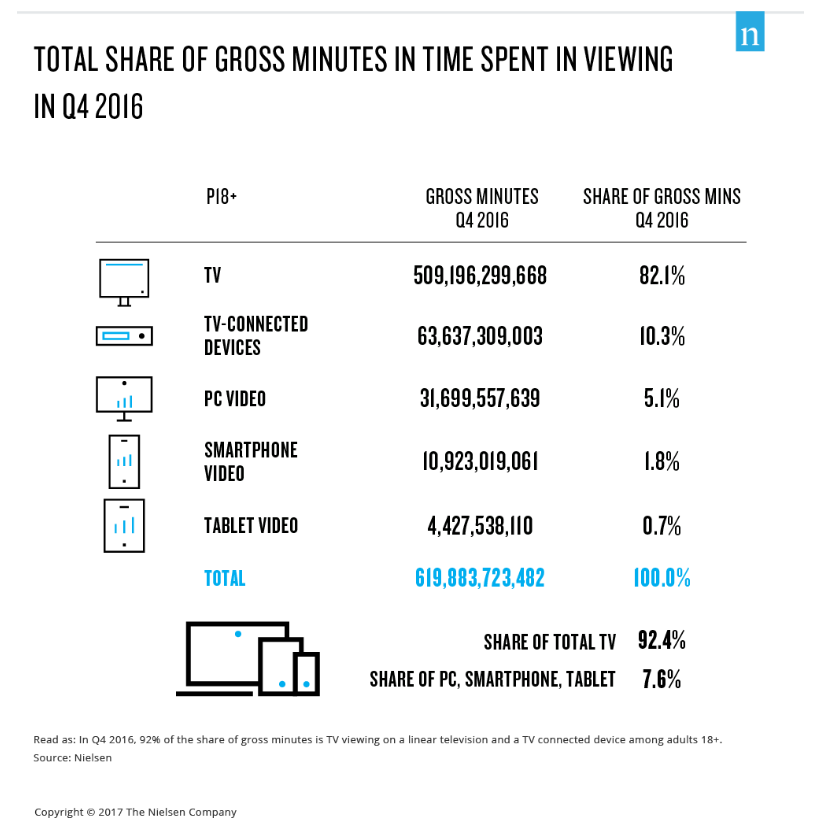 When utilizing all layers of the media stack, attracting the right audience is highly achievable. According to Nielsen, TV racked up 82.1% of gross minutes as compared to PC video, smartphone video and tablet video in the 4th quarter last year and the share total of TV being 92.4%. TV is one of the many layers –one that has scale and can reach audiences on a more personal level, and isn’t evoking emotional connection what it’s all about? Especially in live sporting events--a group experience and social connectedness creates a special team experience and cultural experience that Targeted TV can keep alive.

Have an influencer or brand ambassador story to share?