Posted by Shelley Stansfield on September 21, 2016

Just imagine it’s preseason and football teams are busy planning their strategy for the season. They’re figuring out the players’ optimal positions across the field, what maneuvers they’ll use to score touchdowns, and how to outsmart the opposing team. 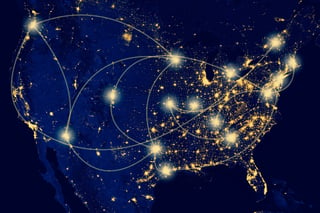 Then, at the end of the day, the coach shares a few drinks with his colleagues – coaches of competing football teams – and divulges his entire, overall strategy.

As bizarre as that sounds, some advertising agencies are doing something uncannily similar.

Too often, agency staffs face a lack of resources, and therefore hand over media planning – strategies and goals included – to the owners or reps of the media vendors they are purchasing air time from. This drastically changes the dynamic between ad agencies and the media in which their clients’ ads will appear.

Frankly, this gives an overwhelming advantage to the media companies over the agencies and their clients.

The Layers of TV Ad Delivery Across the Country

Let’s take a step back and review the options TV advertisers have for sending their messages to the public:

National broadcast and network cable offer the broadest layer, where the programming signal is sent out to the entire country.

Spot broadcast stations exist in 210 markets throughout the country, and allow ads to be inserted across a single area. These stations compete with each other for ad dollars.

Therefore, an agency has options to see who is most efficient at reaching large groups of the brand’s audience. Thanks to that, ad agencies have a strong advantage in this arena.

3. Cable Presents a Walled Garden, Leaves Agencies at a Disadvantage

In the layer of cable TV, the commercials are delivered to the public through regional interconnects or local cable systems, of which there are over 2500.

Cable reps often require agencies to hand over their strategies and goals. Then they offer air time that aligns with premade inventory agreements, thus dramatically limiting an agency’s options.

Now Agencies Can Regain Their Advantage With Their TV Budgets

In the past, the agencies’ ad buying options in local cable zones was through a centralized rep, who provides agencies with limited information about the all available inventory and footprints. The reps prefer to a create package or "solution".

Once the rep knows the locations and target audience that matter to the brand, it becomes the vendors' advantage. It is a textbook example of adverse selection. As a vendor, the rep presents agencies with packages that benefit thier own interests, even if they’re not necessarily the best available options for agencies to buy.

This hinders the marketing experts at the agencies from exploring, enhancing and creating diverse campaigns that achieve their goals.

In fact, this practice is so problematic that the Department of Justice is currently investigating Comcast, which is responsible for interconnects in over 50% of the US’ top TV spot ad sales. According to Fortune, the investigation is underway with the suspicion that Comcast is attempting to monopolize regions where it sells cable service.

A Demand Side Platform Gives Agencies their Competitive Advantage Back

Data supported decision making allows control to return to  the demand side by removing the friction from the buying process. We empower planners by allowing them to explore the entire breadth of their options, instead of just a subset of their options that are convenient for the rep to sell.

In such an opaque marketplace, there’s a growing need to use a data-driven, agnostic, demand side platform (DSP) to access individualized efficiency measures. Using a DSP, the planner at the agency planner can consider several options in one area and negotiate with power, because she would be the one with more information. 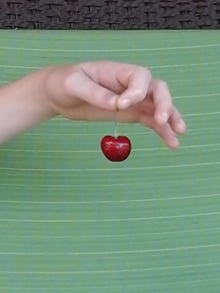 For example, she can take under consideration the number of total impressions, versus targeted impressions, and then even take it to the next level by calculating an eCPM (effective cost per thousand impressions) within high or low indexing ZIP codes.

The data will allow the planner and buyer to determine which media (TV, digital, radio, print, mobile) will produce the greatest benefit for their brand, which then makes it easier to (1) determine where to spend advertising dollars and (2) validate the strategy to the client.

DSPs like Centriply, are even more effective when a brand has first party data. When brands share their data with agency teams, they significantly loosen the control of media vendors. The agency planner can use the data to verify the value of the ad offerings, and thus substantially increase the chance of making an impactful placement.

Applying data fortifies choices, supports decision making and advances the exploration of what is right for a brand’s advertising goals. Just as consumers can electronically compare any purchasing options, so, finally, can media planners and buyers.

TV planners need a champion when shifting through myriad media offerings. Data is that champion.