Compare Value of Multimedia Ads for CPG in Benchmark Study

Posted by Kalin Chenarides on November 1, 2016

ROAS for everyone! Who doesn't need a new acronym? Return On Advertising Spend. Thanks Nielsen Catalina for publishing this report from NCS Solutions. 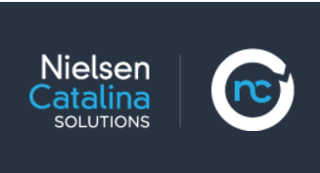 Our team reviewed the attached benchmark study that speaks to the overall return on ad spend.

It’s noteworthy that this study supports that a positive return on TV investment is discernable without directly tracing an advertising impression to a transaction.    Slides 5, 6, 7 speak directly to linear TV.  This is a CPG study, so benchmarks will shift for other categories.

This speaks to one of our major speaking points lately: that BIG DATA does not need a direct trace.  BIG DATA can expose the impact of marketing activity through patterns and science.  Tracing impressions to purchases is small data repeated many times, and misleads marketers by attributing the impact of  possibly years of branding impressions and other activity to the one traceable impressions preceding purchase. 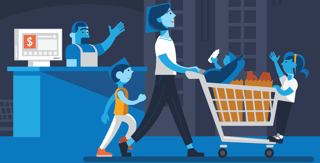 The patterns change when the cost of media is removed and we only look at the incremental sales per reached household. Linear TV has the highest incremental sales at $0.33, followed by magazines, cross media, digital video and mobile, all of which are only separated by a few cents. Reach has an impact here, with linear TV delivering the highest average reach at 57%, followed by magazines at 25% and all other media between 3%-8%. It isn't surprising that TV delivers the highest incremental sales per reached household, likely because in addition to building reach, TV provides sight, sound and motion. 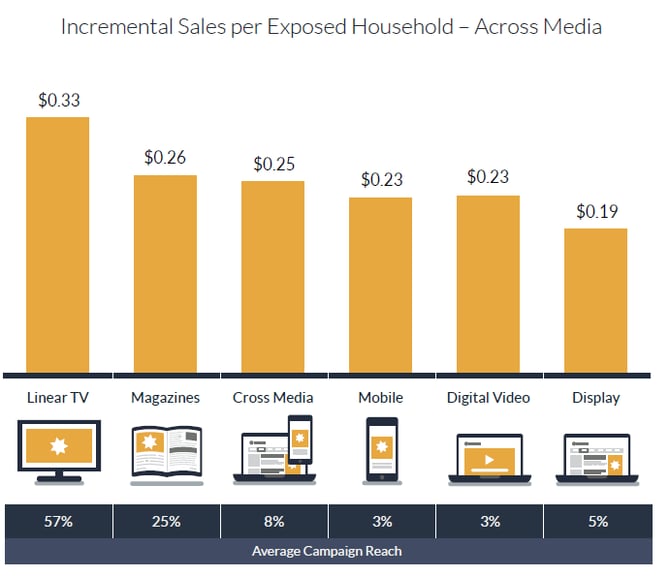